The fact that Calgary is lacking bike parking is no secret to those that cycle in this city.  The vast majority of neighbourhoods have no bike racks at all and most of the major shopping areas in the downtown area are also sadly under-racked, especially true when the City switched over to the Park + system and removed all the parking meters.  Insuring secure places to lock up your cherished bicycle has, in the past, been a non-thought to many new building projects and apartment/condo complexes too.

But change is in the air.  Can you smell it? (no, it doesn't smell like thawing dog poop) You can certainly 3-1-1 it!

When City Council passed Plan It a few years back part of that plan included provisions for bicycle storage in new developments - ya!  So, new developments will be making space for bikes, but what about all the existing buildings and communities?

There is a solution - Calgary's bike rack sponsorship program.  All you need to do is to request that a bike rack be installed where you need it.  Outside your appartment?  Yes!  Near your workplace?  Yes!  Close to your favorite bar/pub/restaurant?  Yes! 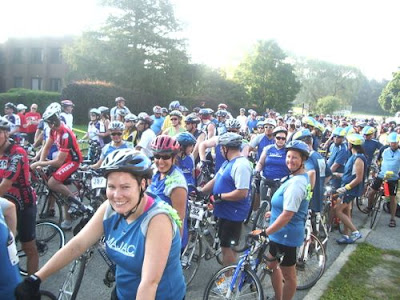 Charity rides like the Ride To Conquer Cancer and the MS 150 have been going on, in one form or another, across Canada for decades and continue to offer an accessible way for very casual cyclists to try a light version of bicycle touring and experience the enjoyment of cycling for longer distances.

I'll never forget my first charity ride - known at the time as the Bike-A-Thon in Toronto.  I would collect pledges from my paper route customers (pennies per km) and was always very proud of the meager amounts of money I was able to raise.  The loop was 35kms and I was 14 the first year I did it.  I'll never forget how empowered I felt after riding that distance on my own.  The next year I decided to do an extra loop to try and raise more money - much to the chagrin of the people who pledged to my ride - they suddenly had to pay twice what they expected!

Will We Ever See A Provincial Bicycle Strategy In Alberta?

We are all expecting a provincial election sometime in 2012 and with all the talk of austerity measures, deficit budgets, sustained high energy prices, and out of control heath care spending, it got me thinking that many of these problems could me mitigated with a provincial focus on getting more people bicycling.

All the municipalities in this province are facing the same challenges of increasing traffic congestion, ballooning road costs, and a desire to try and get people out of their cars and into transit, carpooling, walking, and of course, bikes.  In some cases, municipalities are looking at trying to create separated bikelanes, which can sometimes run afoul of provincial road laws.  Without any sort of provincial direction and accommodation, all of these individual municipalities are forced to fight the exact same battles as the next community - wasting time and energy - and ultimately making progress at best slow and at worst, virtually impossible.

We need a comprehensive approach to creating better cycling conditions in Alberta.  Here are just a few ideas of what we need to tackle to make Alberta ripe for more cycling -

1. Better traffic laws to protect cyclists including 3-foot passing law, more information and testing of new drivers and how to deal with cyclists on the road, stiffer penalties for drivers in collisions with bikes and pedestrians, and stronger penalties for distracted driving infractions, including demerits.

3. Tax credits/incentives for people that bike to work and for families that want to purchase cargo/utility bikes instead of a second, or third, family car.

Alberta is already a popular destination for cyclists from all over the world, with some relatively inexpensive infrastructure installed we could see solid increases in people visiting our province to cycle with all of the associated tourists dollars attached.  Can you think of a better image to portray to the world than happy people on bicycles - especially considering the image created by (IMO overheated) oilsands development?

People who cycle to work are more productive and take less sick days than their motoring brethren too, making them more valuable employees over the long term.

There are many jurisdictions around the world that have begun harnessing the buying power of people touring on bicycles.  Europe is the obvious leader, but closer to home, Quebec (Route Verte) and Oregon have been studying the effects of encouraging more bicycle touring with very positive effects being found for rural communities.

This video sums up the benefits quite concisely - 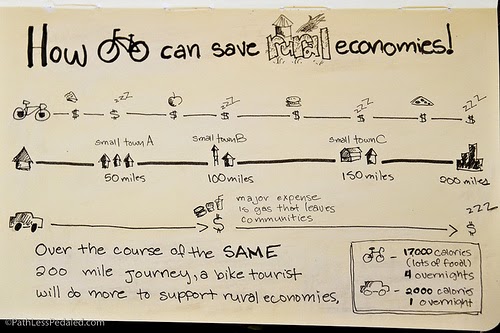 The possible economic benefits to small communities in Alberta is obvious when you think about it.

Unless you have been living under a rock for the past decade you will know that our society is facing a health care crisis due to a many coinciding events including - record levels of obesity and diabetes, an aging population, and tightening provincial budgets.  I am not going to bore you with links to this stuff, its in the news all the time.  What is important to recognize is that if more people were walking and using bicycles for short trips (80% of all car trips are under 8kms) we would have a much healthier population and less burden would be applied to our health care system.

Bicycling is an easy way for every citizen to get their daily dose of exercise for good health - watch this video that went viral from a Toronto doctor that explains this very succinctly.  He speaks about walking as the magic bullet that can help us all be healthier - and the more walkable communities and cultures are, the more bike friendly they are too.

Our society is facing an obesity, diabetes, and heart disease epidemic due to so many people living inactive lives.  There is also now evidence that suburbs are making people sick.  The dollars being eaten up by our health care systems to deal with these diseases growing drastically every year.  More people being more active is a proven strategy to deal with these diseases.  More people cycling should be considered a public health priority going forward.

Yes, it could. For starters, bicycle infrastructure is cheaper is to install then roads, cheaper to maintain, and has the potential to move more people for less dollars then any other form of transport.

Back in the good 'ol days 80% of kids would cycle to school, now it's closer to 10% - and we are surprised that kids are becoming fatter and more unhealthy?  When children cycle and/or walk to school they not only live healthier lives they also learn better.  On top of that, kids who cycle to school very often take that experience into their adult lives and stay healthier as they get older.

One often overlooked issue is that almost half of the population cannot drive.  Everyone under 17, people with medical conditions that limit their ability to drive, many seniors - so many people are pushed to the margins of our society and forced into what is essentially a lower class of citizenship because they cannot or will not drive a personal automobile.

So, my proposal is pretty simple.  All of the alternative transportation groups in Alberta need to start pressuring the government on this issue ahead of and during the upcoming campaign.  However, before they can do that I believe we all need to be singing from the same song sheet - and the best way to do that is to draft a position paper that can be circulated to the media and politicos alike.

BikeCalgary, Edmonton Bicycle Commuters, Alberta Bicycle, Alberta Triathlon, Civic Camp, Sustainable Alberta - all of theses groups plus some I cannot remember need to get together and get this going.

What do you think?  Would a provincial focus on helping create alt-transport options make a difference?

Email ThisBlogThis!Share to TwitterShare to FacebookShare to Pinterest
Labels: advocacy

These will give you a quick glance into our society's dominant view of cycling, which is really sad when you consider that the number one cause of death to children and youth is car accidents, not bike riding.

Those of us that want to create safer conditions for cycling are not only battling city council's and planning departments, we are also battling the predominant viewpoint of society that bikes are dangerous and cars are not.

They couldn't be more wrong. 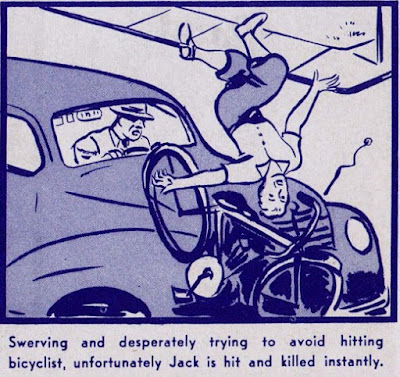 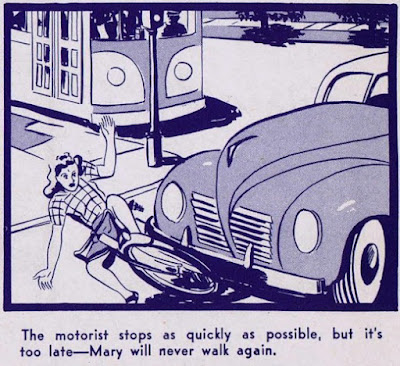