Last year we hosted Calgary's first ever cargo bike meetup, which was good fun and saw a pretty solid turn out but something was lacking and many at that meetup were asking - " Why don't we host a cargo bike race?" To which we replied: Sure!

So here we are: one year later and Calgary's Cargo Bike Championship went down under glorious sunshine and pretty hot weather for us, around 30c degrees. 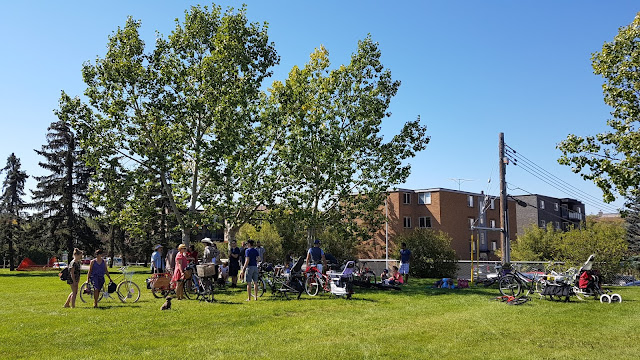