"As soon as those cyclists start obeying the rules of the road and stop zig-zagging, running red lights, rolling through stop signs, blah blah blah...then I'll give them more respect..."

I got so sick of hearing and reading it that I decided to REALLY  watch other drivers when I was walking, and especially driving.  And what I saw, after looking a lot more closely kinda freaked me out.

If you spend any amount of time walking and cycling in Calgary, you know that many drivers blow red lights regularly and roll right hand turns on red lights with abandon.  The Calgary Herald reported on the issue a couple years ago - and to quote the article, "the picture isn't always pretty".

No shit.  There is a pedestrian/cyclists hit by a car almost twice a day in this city.  The total number of bikes + people hit by cars in 2011 was 733 based on Calgary Police Service statistics.

I've also done my own anecdotal study of the issue while walking to work along 17th Ave SW a few times in the last 4 months and my observations are just as scary.

Basically, I walked from 45 St SW to the shop and along the way stopped at the signalized intersections and counted the red light runners over the course of a complete signal cycle.  These are the intersections I stopped at - 37 St, 33 St, 29 St, 26 St, 24 St, and Richmond Rd.

The truly scary part - the vast majority of intersections had at least 1 driver run/roll a red, more often, more than just 1.

Here's what I was able to sort out -

There are close to 1000 signalized intersections in the city


It takes 2-4 minutes for a full signal cycle

- which works out to a conservative estimate of 6415 per hour!

6400+ red light runners and rolling red light right turn infractions are happening every daylight hour - day after day, month after month- you get the idea.  And the real numbers are probably much higher.  Yet, there is no obvious enforcement of this dangerous driver behaviour, no police crackdowns or blitzes - no TV/radio spots encouraging good behaviours, no newspaper articles - it's as if everyone is resigned to believe that the death and mayhem is just a cost of doing business in our car dominated society.

Where is the traffic enforcement?  Where is the awareness campaigns for drivers, pedestrians, and cyclists?  Where is the outrage at all the suffering that we don't need to be experiencing or paying for in lost productivity, insurance claims, and lives shortened?

The next time you read or hear someone ranting that cyclists don't deserve safe spaces to travel in, remember these numbers and remember where the true menace lies - often behind the wheel.
- January 23, 2014 No comments: Links to this post

What an event!  So much fun and so much excitement surrounding it had those of us that organized it buzzing for days after.  The first Winterpalooza Festival has been a blast - cannot wait for next year.

First off, we'd like to thanks Katherine from the City's bike office for partnering with us on this project - we couldn't have done it without you!

So, without further adieu - click here for the web album 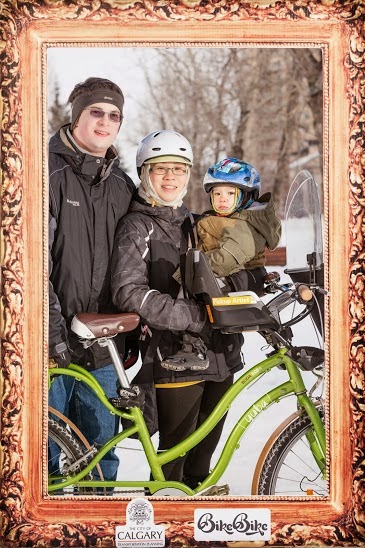 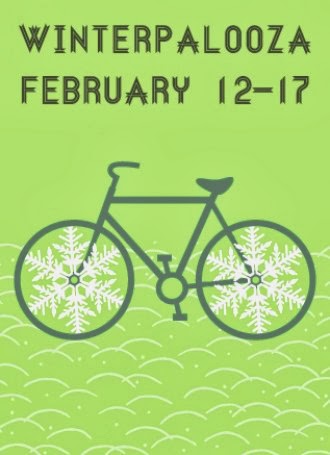 This is going to be so much fun!

Following in the footsteps of the popular Cyclepalooza summer bike festival, its winter sibling aims to show people how easy and fun riding in the winter can be.

There are already events of all kinds on the calendar - ice racing, foodie rides, winter cycling photo booth, biking to tobogganing, winter bike to work day, and even a dance party! But there is room for more events, and just like with the summer festival, more events will make the festival even better.

So, talk to your biking pals, and plan on hosting an event.  It can be really simple or crazy elaborate - it's up to you!
- January 06, 2014 No comments: Links to this post